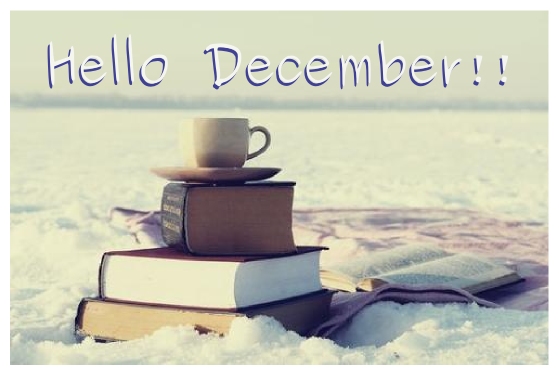 December is the last month of the year but authors born in December are far from being the last. They are rock stars of publishing world: successful, widely read and appreciated by readers all around the world. And their books are just perfect for Christmas gifts (if you still have no ideas) :)

The Book From about State of Wonder: State of Wonder is a novel which lives up to its name. It is beautiful and funny and sad, with an ending that could not be more perfect. It's a novel that can be savored just as well in delicious solitude or in the company of a book group. read more

Book Babe Blog on Heart of Darkness: A true classic in every sense, leaves a lasting impression no matter how many times Heart of Darkness is read. Conrad takes the reader on a unforgettable journey, a journey exposing the very very dark side of human nature. Written long ago, this story's impact is just as powerful now as it was then. Conrad's style is beautiful, so elegantly written, his words take you on a excursion with every detail masterfully described until the destination is reached, leaving you breathless. read more

Sckenda about Under Western Eyes: The title, “Under Western Eyes,” is a reference to how the narrator, an English professor of languages, analyzes the Russian characters through the eyes of enlightened Western liberalism. “This is a Russian story for Western ears.”Yet, we are not sure if we can completely trust the narrator, who keeps proclaiming that he has neither the talent nor the imagination to invent this story. Moreover, “Words are the great foes of reality,”-- says the professor. read more

Lisa about In a Sunburned Country:This travelogue of an American in Australia was hilarious. I had no choice; I had to give this five stars. I have this rule you see: if a book makes me think, cry, or laugh out loud, I give it top marks. read more

Joanne about At Home: This book really made me appreciate the comforts that I'm lucky enough to take for granted every day of my life. I can't imagine working 14 hour days, having no heat and electricity (much less no internet!), having no running water... read more

Book Cupidity: I'm not a poetry buff - but I suppose if I were to start somewhere, starting with Emily would be an appropriate place. read more

Cecily's book reviews on Ubik: A clever, original and often very funny sci-fi story. It is about psychic power battles, the nature of death, alternative reality and changing the past. Or not. read more

Proctosophy about The Man in The High Castle: This is the book that won Philip Dick the Hugo award 2 years before I was born. It is an alternate history that takes place approx 15 years after the Axis wins WWII. The few jews left are in hiding under assumed names, the United States has been divided in two between Germany and Japan... read more

Bibliomaniac Scarlet about 2001: A Space odyssey: I did not expect a book on extra-terrestrial life to leave me thinking about the evolution of mankind.You won't find any alien action here, no war-of-the-worlds scenario. Instead, 2001 is a book that relies on the sheer strength of ideas - which is what I believe good science-fiction should be about. read more

Just Another Reader about Favorite Male Character in Pride and Prejudice: I have to give it to Mr. Darcy. I find it so rare to find an introverted hero. Not just a dark tortured soul who is mean because he was not hugged enough as a child and just needs someone to love him. read more

Sharon E. Cathcart on Persuasion: Let's face it; you know what you're getting with Jane Austen. You can reliably presume that, by the end of the book, the male and female protagonists will have discovered their love for one another, even if they loathe each other at the beginning. read more

I thought it was a funny, suspenseful, adventure packed mystery that I would recommend to anyone for the holidays. I loved this book! read more

Literary Exploration about Moonlight Becomes You:

This book is beautifully written, it was a real pleasure to read; it was intelligent, witty and I’d highly recommend it to everyone. read more

Wow!!  What a book!!  This is the third time I have read Twilight and I enjoyed it as much as I did the first time.  There is nothing I don’t like about this book, it has great action, great romance, great humour and I just love most of the characters. read more

Wow!!  What an author Stephanie Meyer is, she starts with the already over used plot of vampires vs. werewolves and gives it a major modern twist and now she’s tackled aliens – again with a major twist. read more

Peace Love Books on The longest Ride: I just finished this not too long ago and of course, like all of Nicholas Sparks' books - I loved it. I really enjoyed both love stories and the way in which each were told... read more

What are you reading in December?